2016 was a big year in Yellowstone National Park with a number of celebrations, events, and stories. We’ve compiled the top stories to recap!

With the close of last year’s winter season came the end of a great and lengthy run for the park’s Bombardier snowcoaches. They delivered their last winter passengers on March 1. There has since been a variety of worthy tributes to the “Bombs” but none more fitting than that of long-time Yellowstone guide, and driver of the Yankee Clipper, Leslie Quinn.

Read more about the iconic bombardiers and their final run.

She’s the ‘Grand Old Lady of the Lake‘: the oldest hotel in the oldest national park. And this summer she celebrated 125 years. On May 13th we gathered together to celebrate.

Read more about the history of the Lake Yellowstone Hotel. 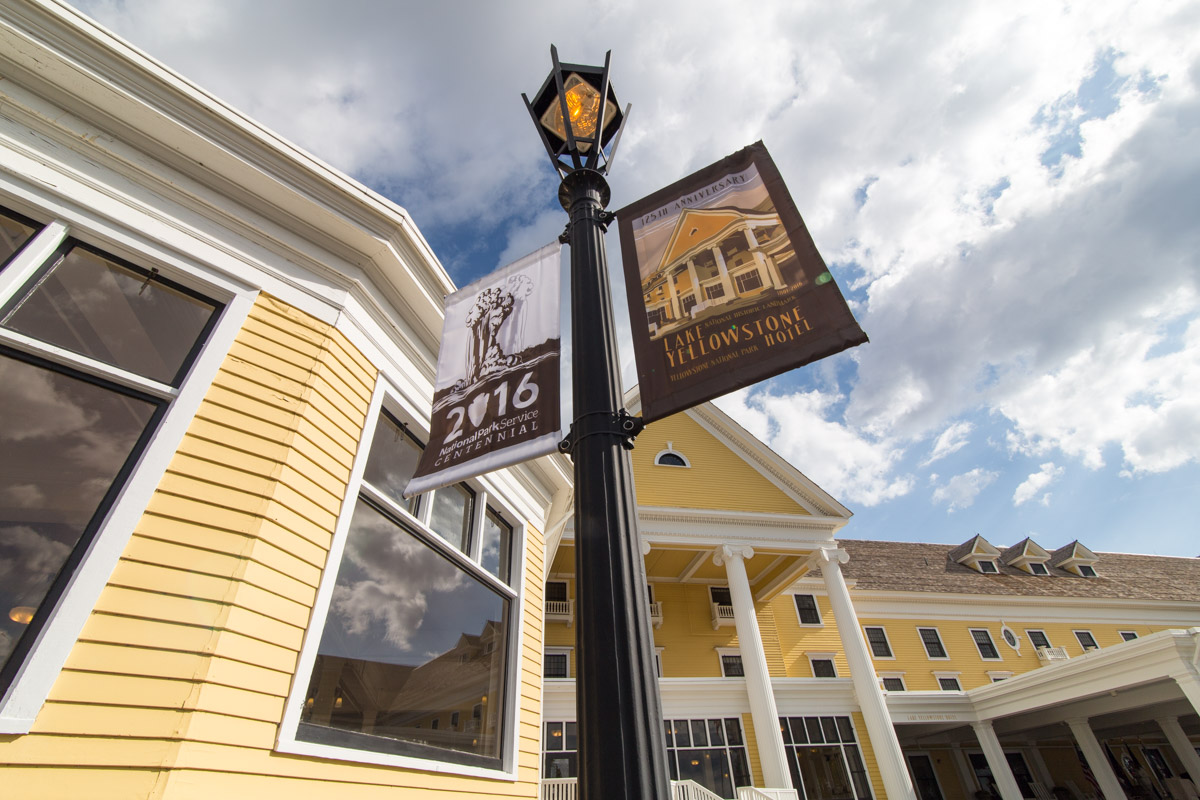 Yellowstone Featured In National Geographic (May 2016)

The May 2016 issue of National Geographic is all about Yellowstone National Park. In addition to stunning photos and videos of the park, the online edition features in-depth articles about Yellowstone’s land use, tourism, wildlife restoration and management, geothermal features, and much more.

Read more about our favorite features from the online issue. 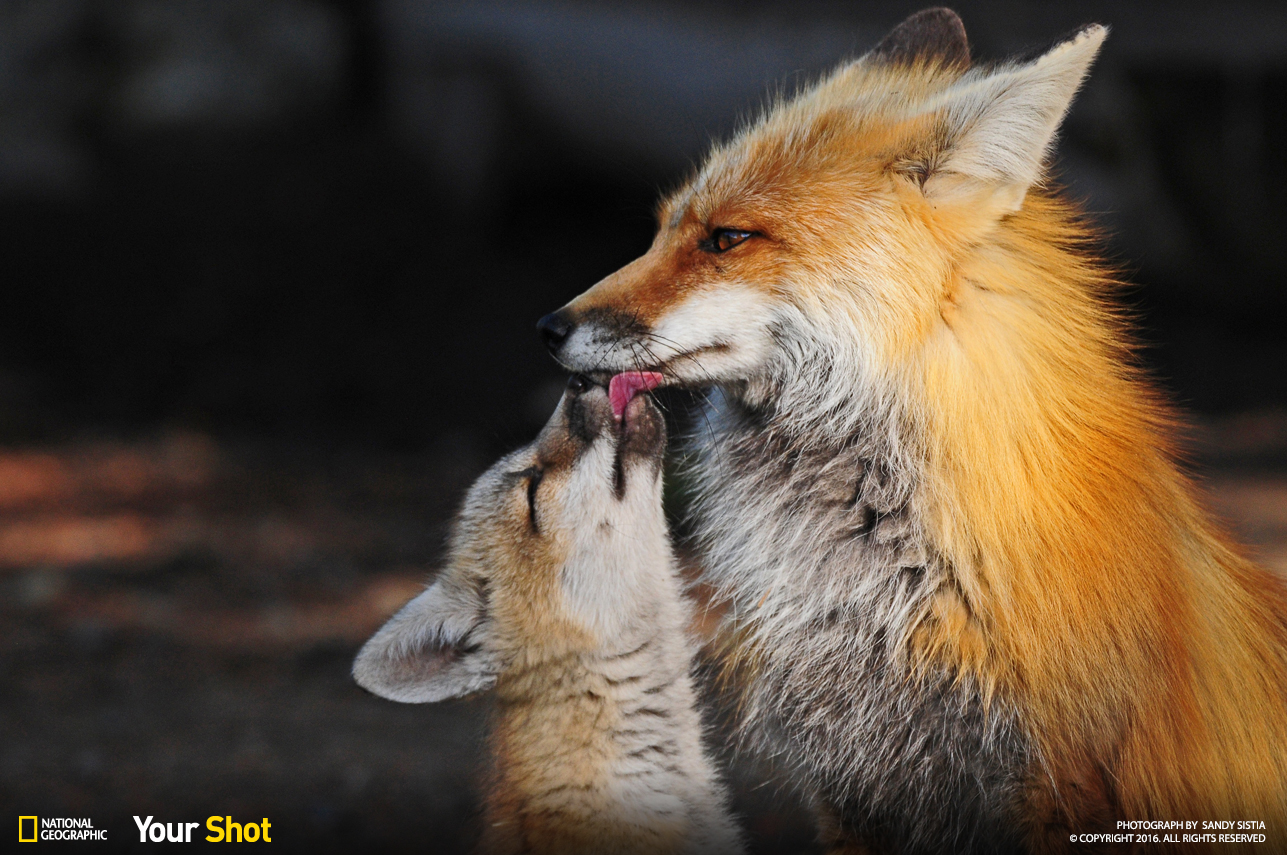 Yellowstone Gets Stamp of Approval (June 2016)

Learn more about the stamp series. 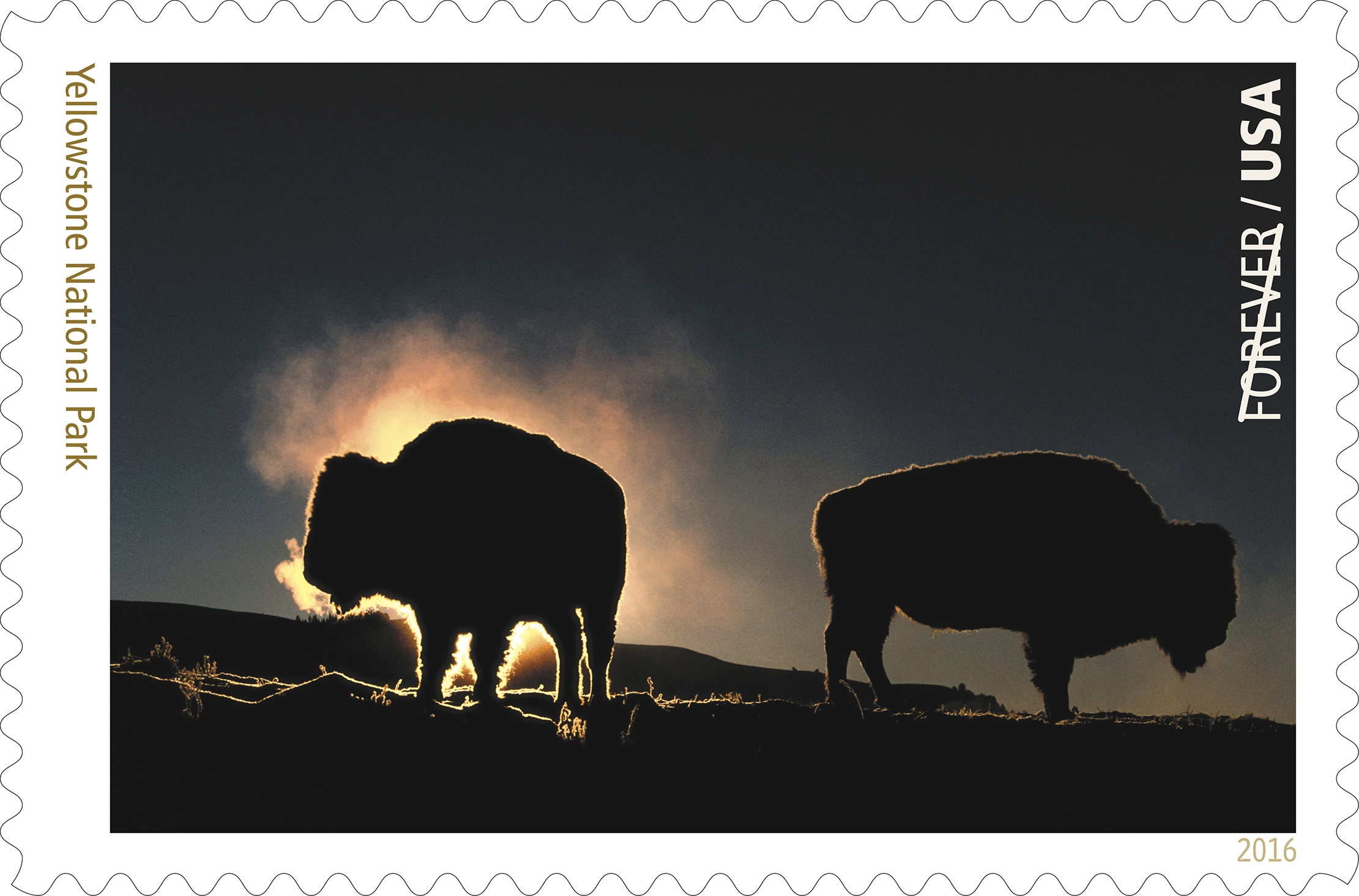 This past summer saw a rise in dangerous and inappropriate behavior with wildlife and thermal features. From petting an adult bull bison, walking across a geothermal feature, or taking a selfie within four feet of an elk all these actions prove to be dangerous and even deadly in some cases.

Learn more about the importance of keeping safe in Yellowstone.

To increase the number of people carrying bear spray this year, Yellowstone National Park unveiled a new engaging, celebrity-filled campaign called “A Bear Doesn’t Care.” Whether you are a hiker, backpacker, angler, photographer, wolf watcher or geyser gazer, the campaign encourages you to carry bear spray – no excuses! 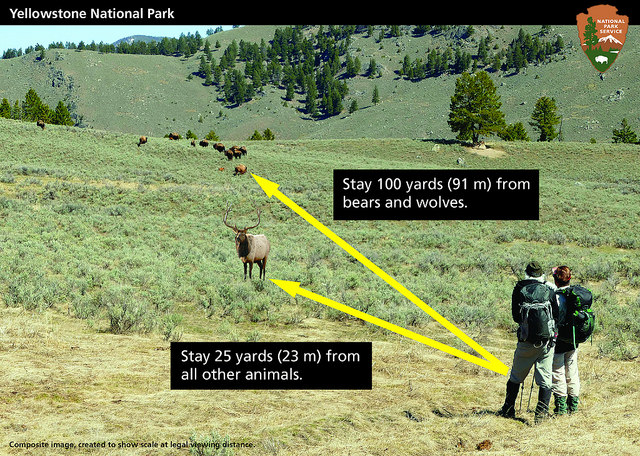 When it came time to choose a location for the National Park Service’s biggest birthday bash, the choice was clear: Celebrate where it all began, in the world’s first national park. On August 25, 2016, Yellowstone and its partners hosted a memorable event commemorating 100 years of the National Park Service and recognizing the many ways in which parks enrich our lives.

Learn more about the Centennial Celebration and view our celebratory countdown of the Top 10 Signs the NPS is 100 Years Old. 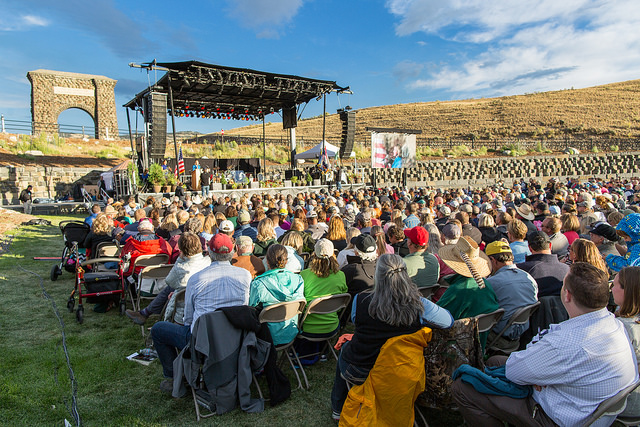 In 2016, 22 fires (human and lightning-caused) burned more than 62,000 acres in Yellowstone National Park, making it the highest number of acres burned since the historic 1988 fire season when approximately 800,000 acres burned.

In other natural incidents in Yellowstone this year, the Yellowstone River outside the park in Montana saw unprecedented spread of a fish-killing parasite. While the issue did not affect Yellowstone National Park, it reminds of the threat of invasive, nonnative species to Yellowstone’s native fish communities. 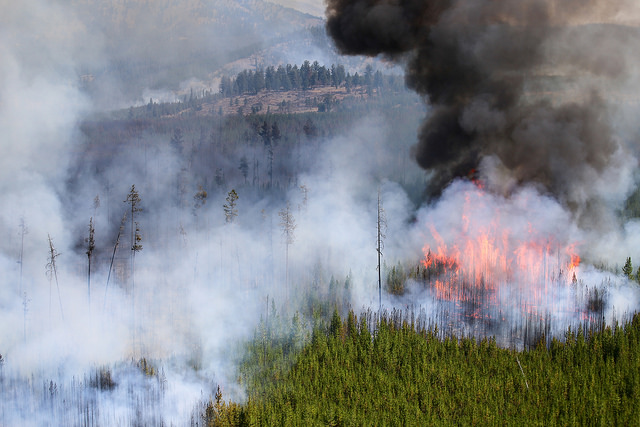 Read more about the building of the stagecoach. 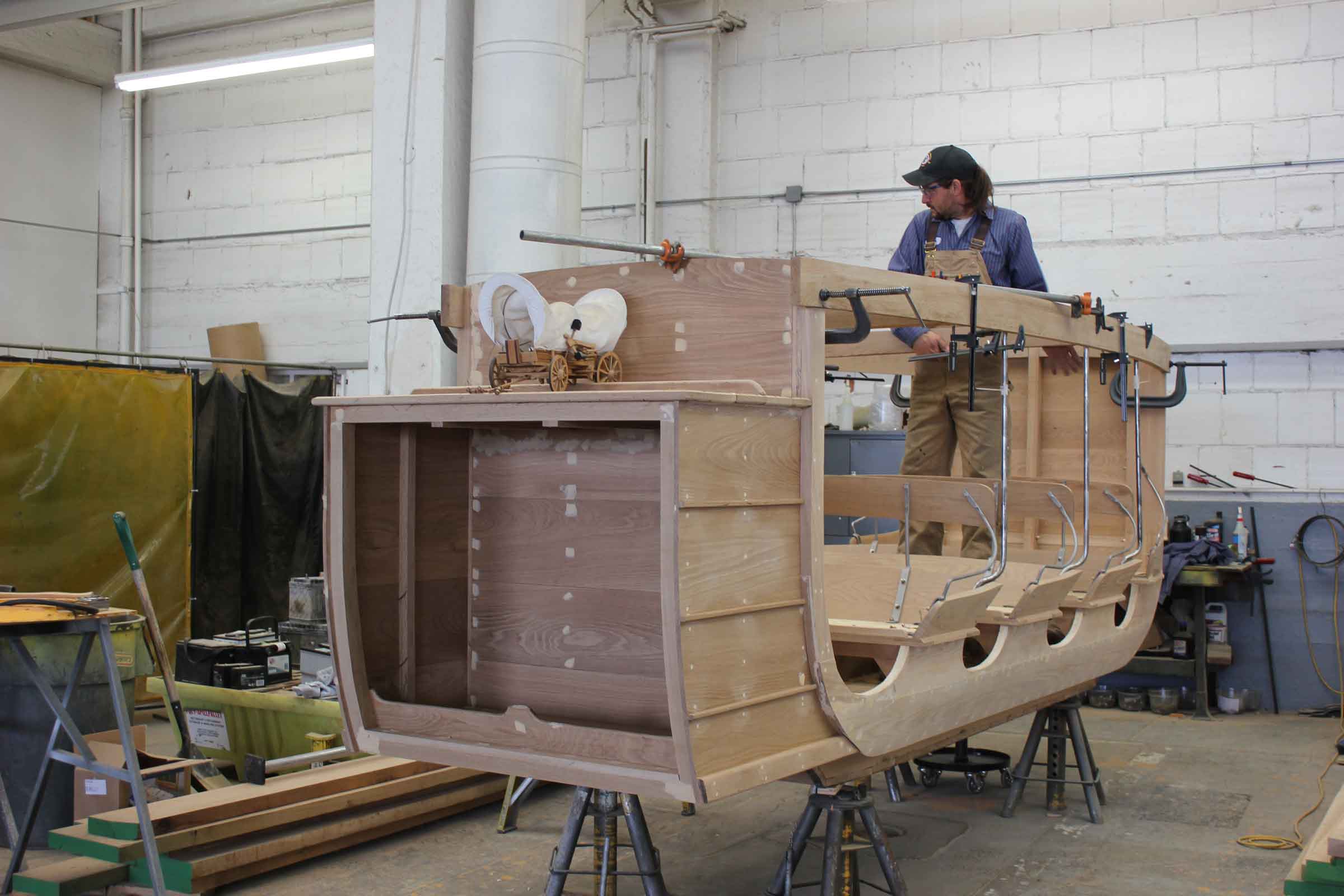 Our longtime nonprofit partners, the Yellowstone Association and Yellowstone Park Foundation recently announced the completion of a merger and official unveiling of the new organization as Yellowstone Forever (Yellowstone.org).

Learn more about the merger and how we partner with the nonprofit.

The final two lodges in the Canyon lodging redevelopment project were finished this fall. The first guests of the last two completed lodges were received on September 2nd at the new Washburn and Rhyolite lodges. The project started two years ago in an effort to build accommodations that would complement the “Mission 66” and rustic architectural styles of the area, be long-lasting and reduce the environmental impacts during construction and later in their operation.

In other park project news, the Gardiner Gateway Project saw the completion of Phase 2 improvements, Artist Point at the Grand Canyon of the Yellowstone is undergoing extensive renovations, and Yellowstone won a Partners and Preservation grant of $250,000 through the #VoteYourPark Initiative. 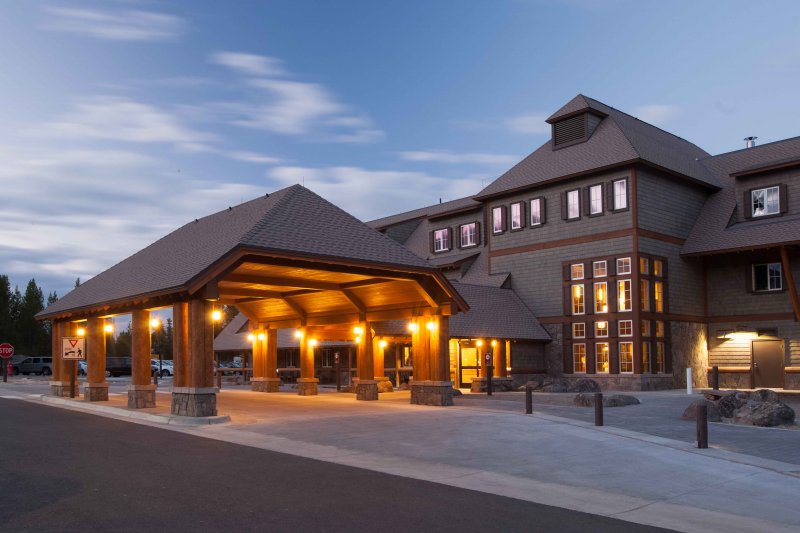 Read more about the certification.

A number of other sustainability accomplishments were made in 2016 in Yellowstone including:  Glass Recycling, Propane Recycling, Eco-Friendly Pavement, and more. 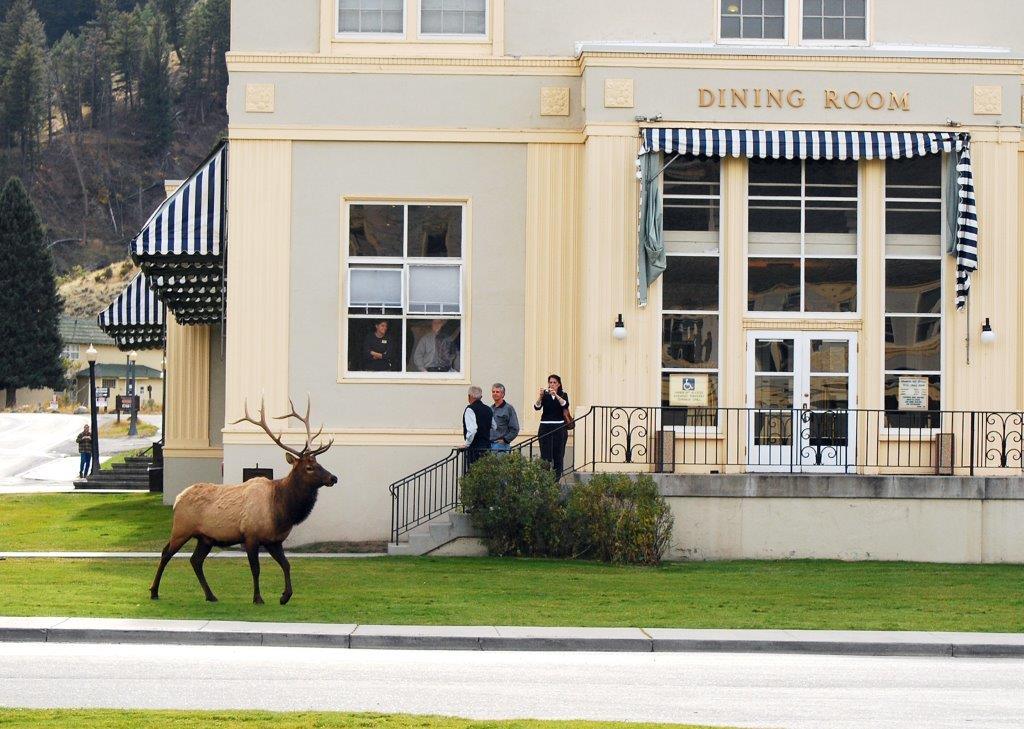 As we look toward the new year, we hope you’ll join us in adopting a new resolution this year by taking the Yellowstone Pledge:

To be a steward and help protect myself and the park, I pledge to:

Take the pledge on social media by hashtagging #YellowstonePledge and tell all your friends. To learn more about the Yellowstone Pledge, click here.