12 Weird And Wonderful Things To See in Winter

12 Weird And Wonderful Things To See in Winter

When Yellowstone National Park is covered in a blanket of snow, things can get a little weird.

With the 2.2-million acre park’s geothermal stew of geysers, hot springs, fumaroles and mud pots, dizzying array of wildlife, and a vast and diverse landscape, visitors are rewarded with an experience like no place else on Earth. 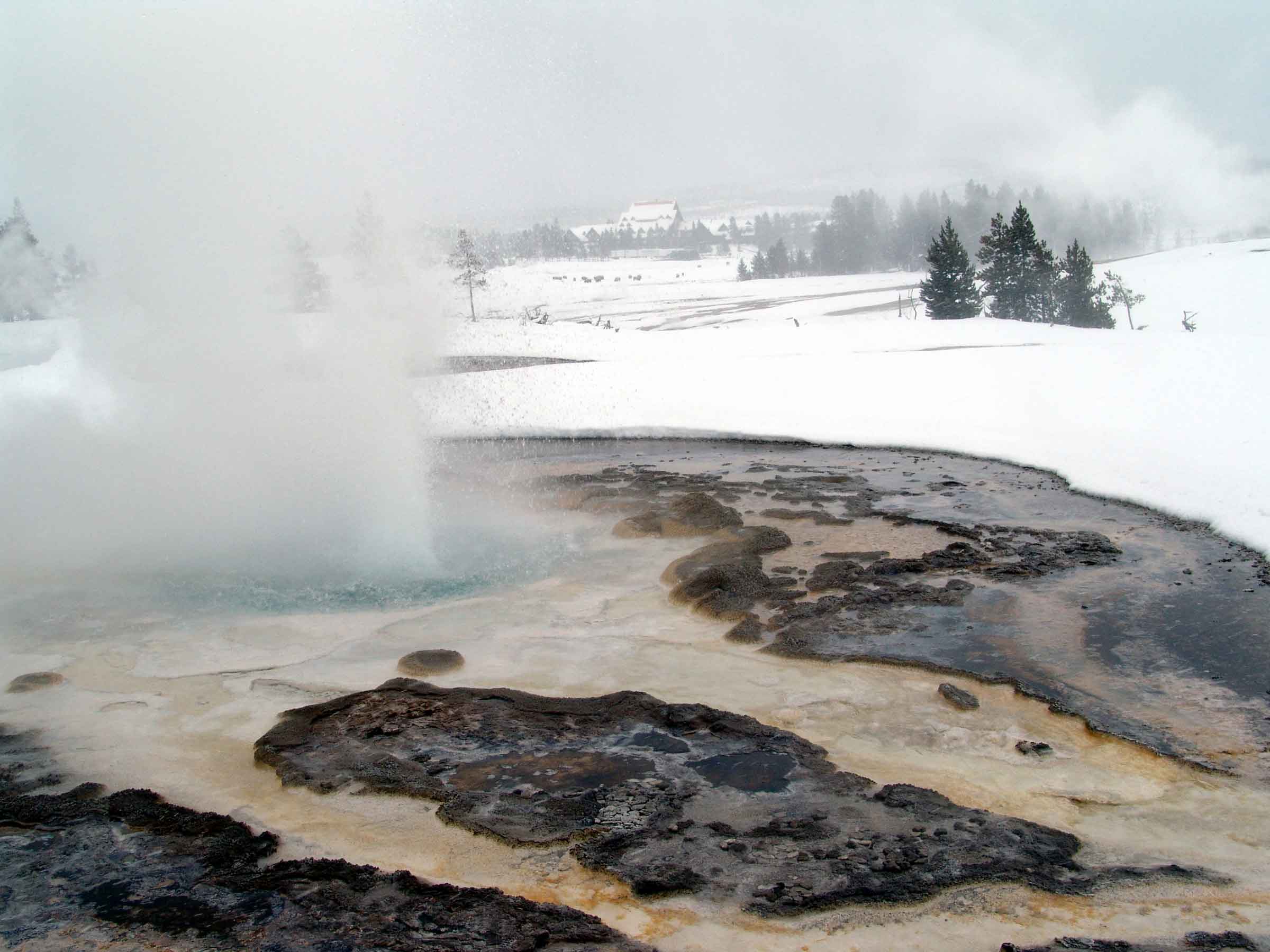 Here are just a few of the strange experiences visitors can expect during a winter visit to the park:

When the conditions are just right, visitors will see light-reflecting ice crystals floating in the air, giving the illusion of a fog. As the crystals drift through the air they become natural – and breathtaking – sun-catchers as they reflect the sun’s rays. 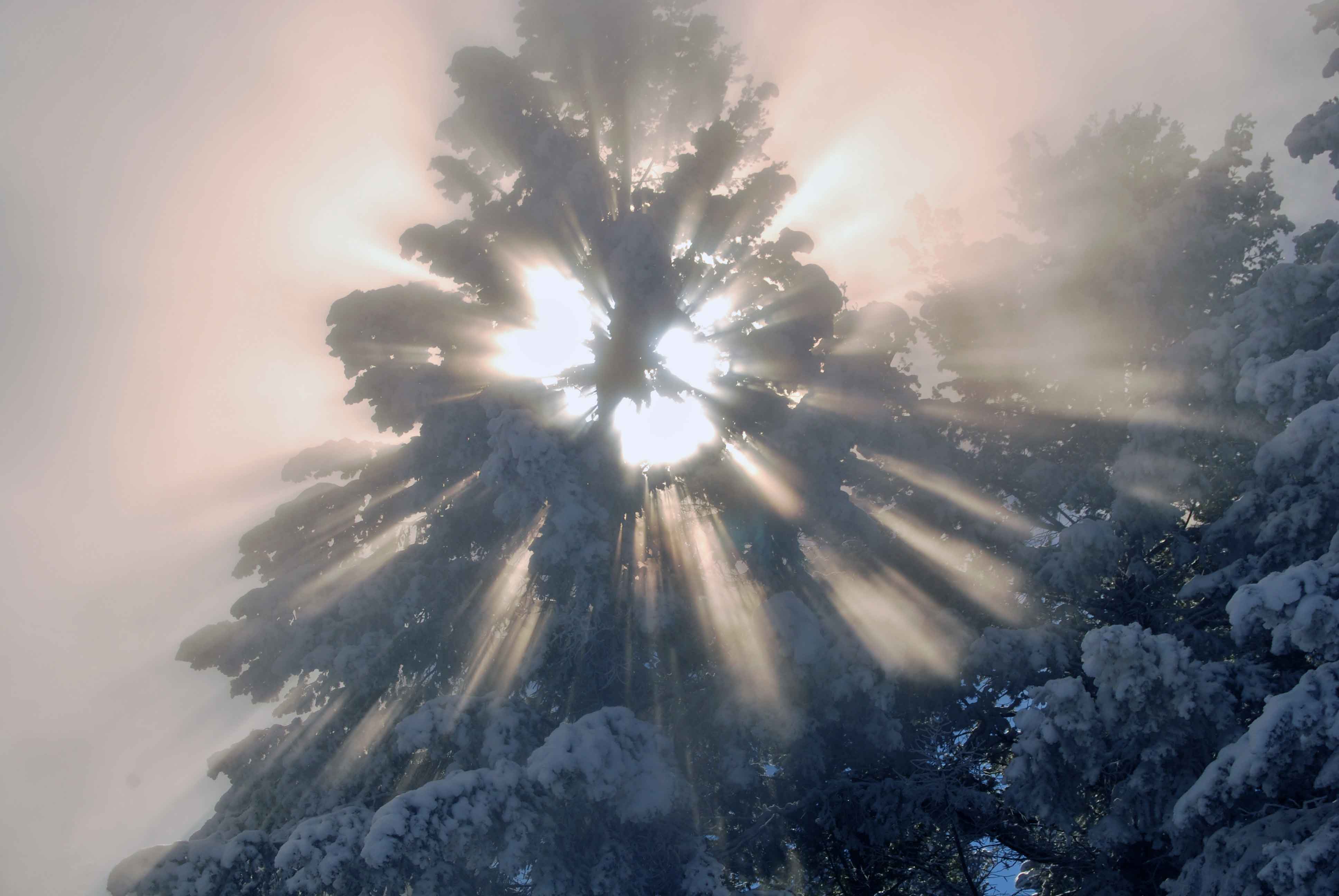 Only a few inches tall, these strange yellow wildflowers grow around hot springs during the winter. They are able to survive because of their short stature as well as the heat of the springs. The monkey flower grows in the summer season around streams and springs too.

In the winter, Yellowstone Lake can have 136 square miles of ice. Ice can be two feet thick on the surface but some spots on the bottom of the lake might still be boiling because of the park’s thermal activity.

During the winter, rime from hydrothermal mist accumulates on the branches of trees. When combined with falling snow, trees take on an eerie appearance and are known as “ghost trees.” These much-photographed trees are stunning to behold, but they can eventually cause tree limbs to break. 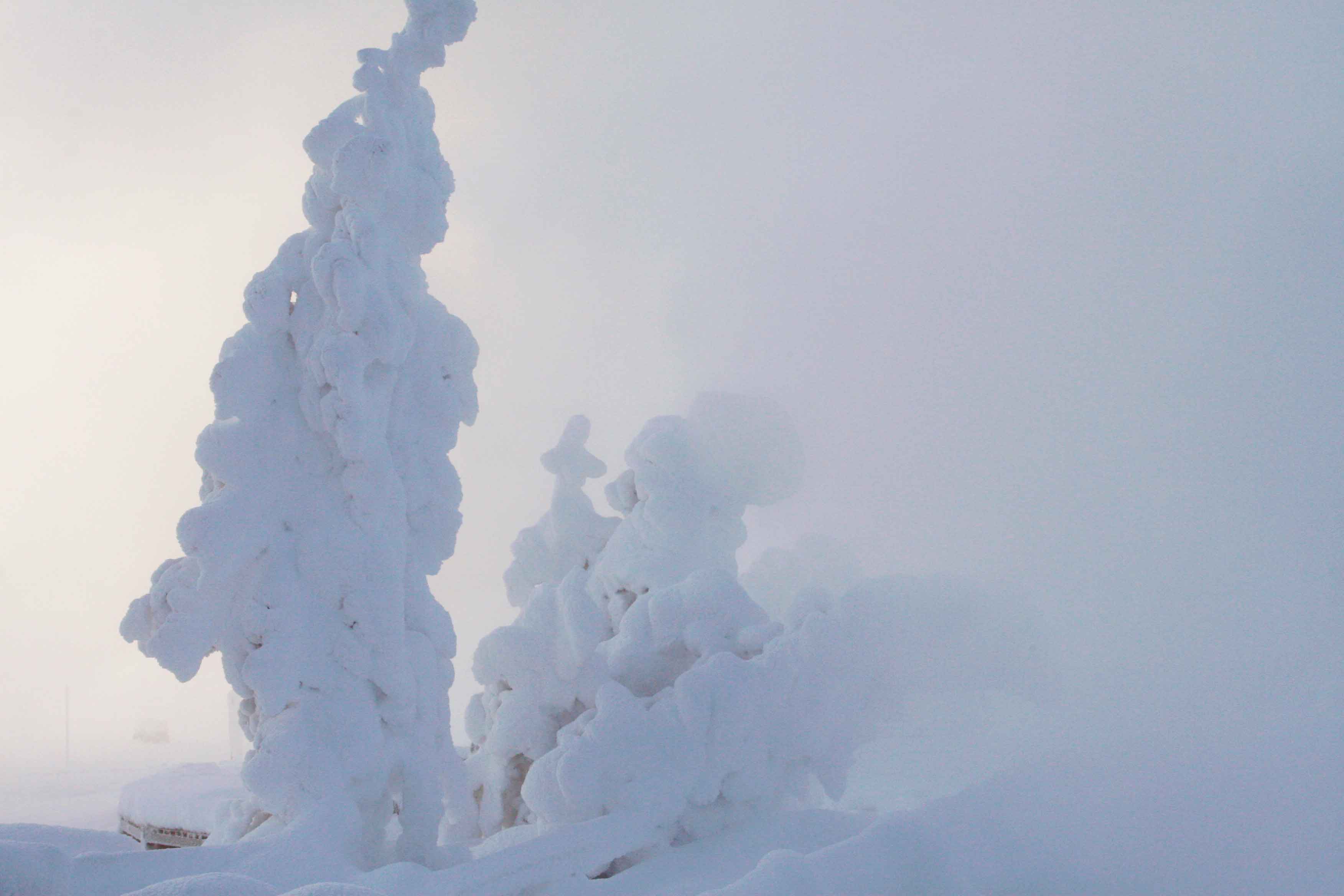 Bison forage for food beneath the snow, and they can sometimes be seen with large clumps of snow and ice dangling from their chin hair. These oddly shaped “snowball beards” dangle precariously from a bison’s jaw until the weight forces them to break off, sometimes taking fur with them.

The park’s powerful winter wind blows snow around like dust, and the resulting drifts, patterns and formations, some strikingly and eerily symmetrical, are breathtaking.

Even though the park receives an average of 150 inches of snow annually, visitors with a penchant for creating their own snowmen will be disappointed when they find they can’t build a snowman using Yellowstone snow. The snow in the park is so dry that it doesn’t stick together like wetter snow found in more humid areas. The exception is during the spring and fall when there are very early or late snowfalls and the snow tends to be wetter. 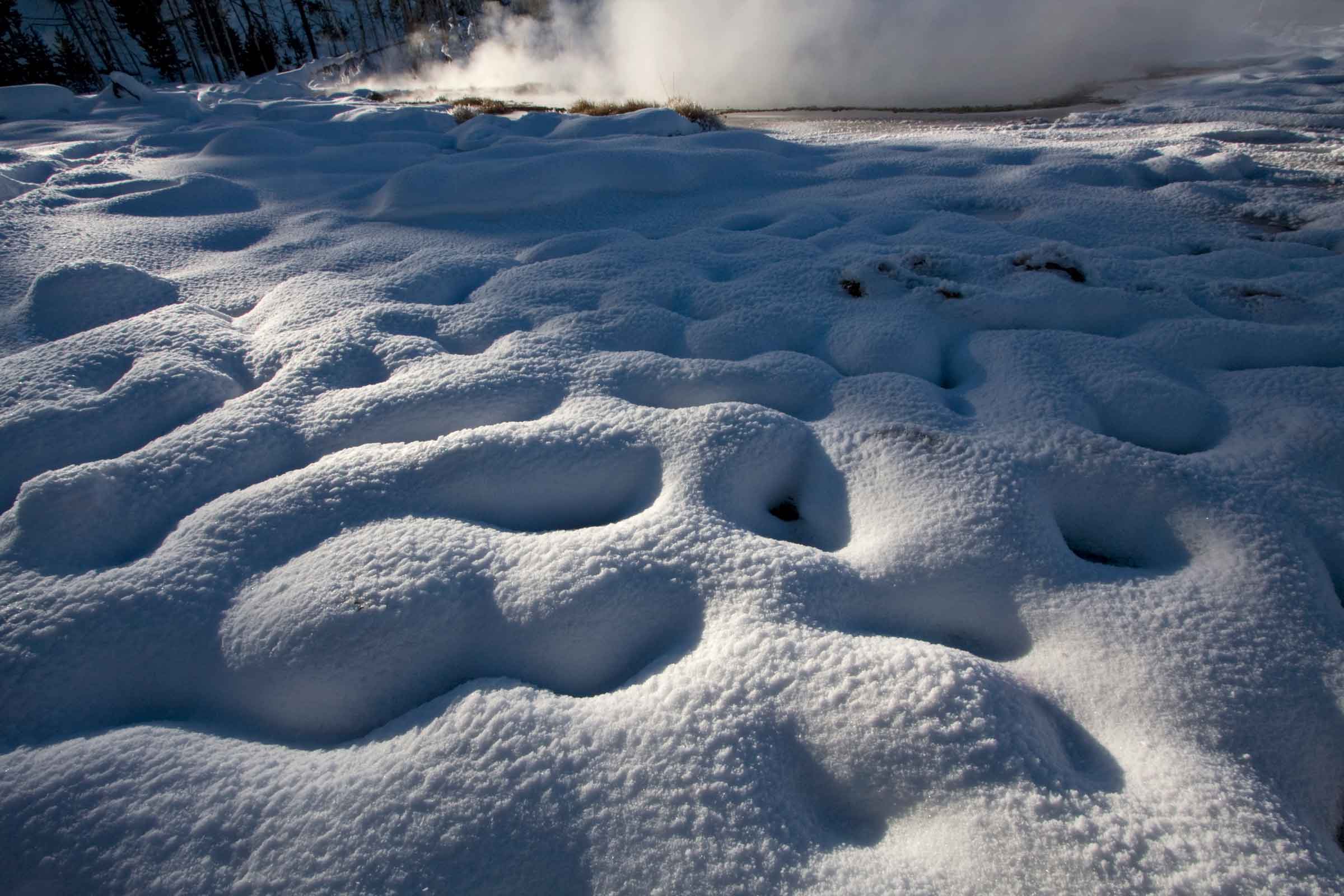 Shiny, icy patches of snow form when the snow melts slightly and then refreezes, creating a smooth, reflective surface. When conditions are right, entire fields and mountains can appear shiny and reflective from a distance.

The Madison River and many other rivers in the park never freeze despite the park’s cold temperatures because the rivers’ flows combine with hot water from geothermal features.

Bison with a thing for the Old Faithful Inn

Most winter nights, visitors will find clusters of bison gathering near the parking lot of the Old Faithful Inn, as if waiting for accommodations in the historic lodge. The region is an especially popular bedding area because the geothermal radiation emanating from nearby geysers creates a cozy hot spot for the animals. 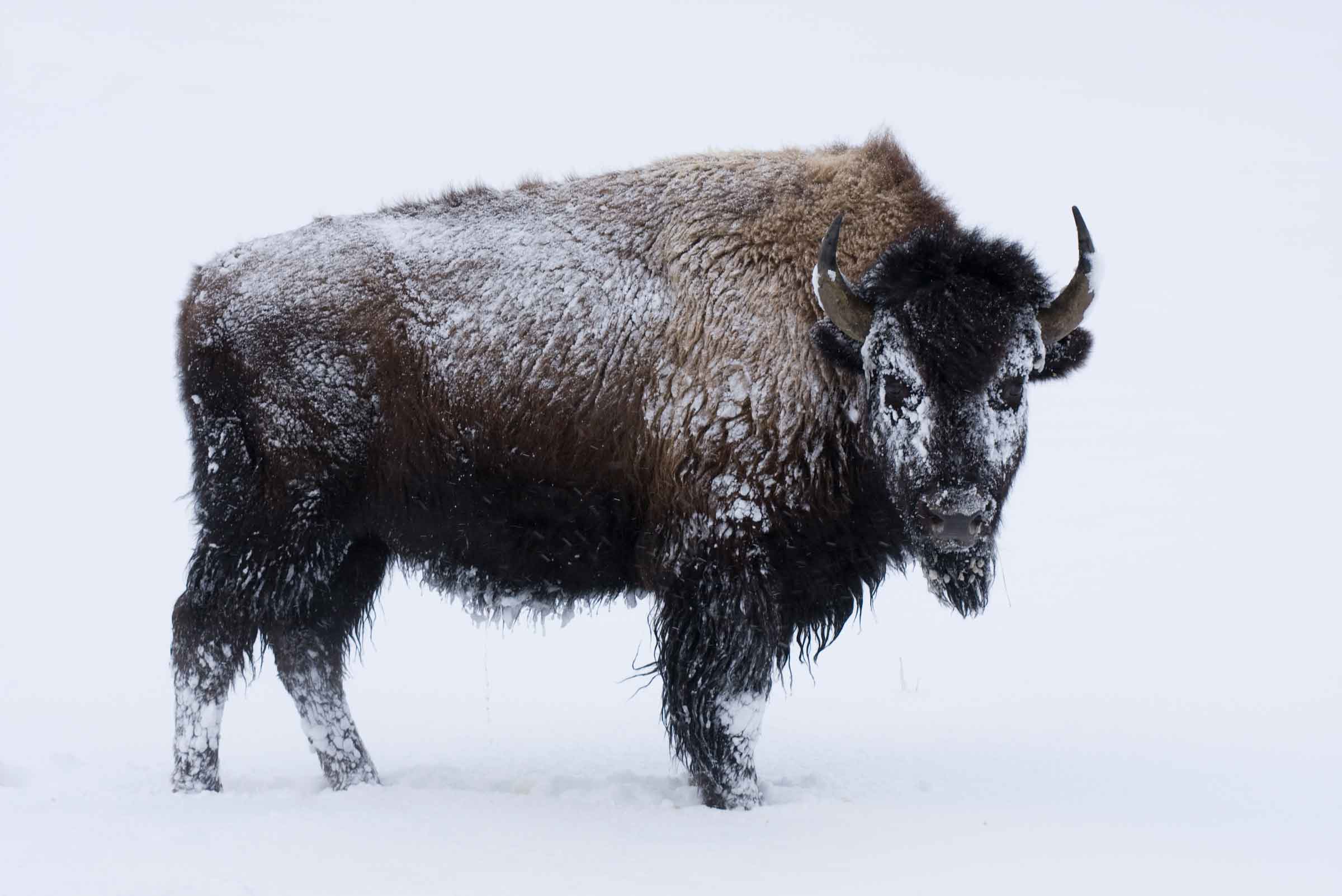 When the near-boiling-temperature water from a geyser shoots into frigid air the resulting “geyser rain” looks like frozen ice pellets floating back to Earth.

Thanks to Yellowstone’s dark skies, it’s possible to see one’s shadow created by starlight alone. The winter snow cover helps create the perfect surface for the shadows. The shadows can be faint, so one must allow enough time away from other light in order for the eyes to adequately adjust to the dark. But don’t forget to look up as well, as the star show is incredible, again thanks to the lack of light pollution. 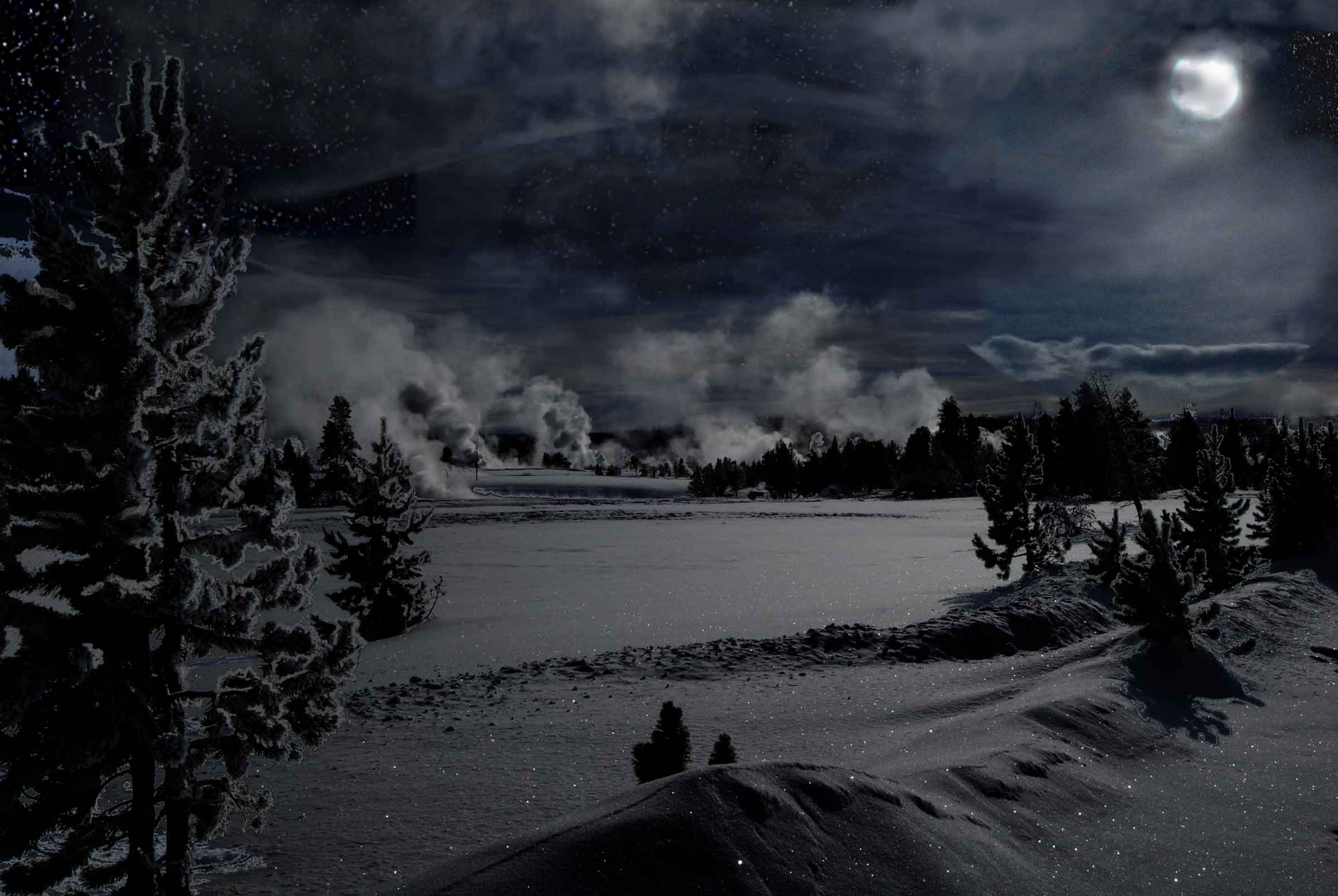