Keller is no stranger to Yellowstone, having earned a 28-year career here and at Crater Lake National Park with Xanterra prior to taking on the general manager responsibilities for the Grand Canyon and Tusayan operations under the auspices of Delaware North. 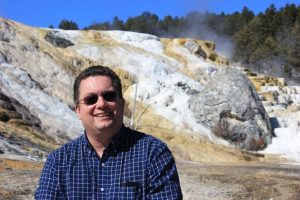 “It’s great to be back in Yellowstone! This is sacred ground where I started my national park career and my family. So personally, this is a very special place,” said Keller, General Manager for Yellowstone National Park Lodges. “As we’re in the early stages of an ambitious 20-year contract, I look forward to playing a key role in guiding Xanterra’s Yellowstone operations and delivering on our commitments to the park and its visitors.”

Keller began working in the hospitality industry in 1987 and has spent the majority of his career in National Parks with a brief interlude working for Red Lion Hotels in Kalispell, Montana, and Seattle, Washington, in the mid-1990s. During his time as the Executive Director of Operations in Yellowstone, Keller received his CHA.

“We’re thrilled to have Mike back with the Xanterra team,” said Gordon Taylor, Vice President, Parks for Xanterra Parks & Resorts. “With his extensive leadership experience in Yellowstone and other parks, we know he’s the ideal individual to head the operations and deliver on our promise to our guests, the NPS and this very special place in America.”