America’s first national park, Yellowstone became “a public park or pleasuring-ground for the benefit and enjoyment of the people” in 1872. The park’s 2.2 million acres contain geysers, fumaroles, bison, bears, elk, wolves, and coyotes — as well as its share of interesting history, odd stories, and fun facts. Here are a few.

Call in the Cavalry

From the park’s inception in 1872 until 1886, civilian superintendents, underfunded and understaffed, attempted to protect Yellowstone from animal poachers, entrepreneurs who set up tourist camps, and visitors who chopped chunks of hot springs’ mineral rocks as souvenirs. In 1886 the First United States Calvary’s Company M rode into Yellowstone to rescue the park, which stayed under military management for 30 years. Although the Army moved out after the establishment of the National Park Service in 1916, the Army returned in 1917 to assist, finishing their service at Yellowstone in 1918.

After dinner at the Lower Geyser Basin’s Fountain Hotel on July 31, 1900, park visitor L.R. Piper, from St. Mary’s, Ohio, purchased a cigar at the concierge desk and headed out for an after-dinner walk and smoke. He was never seen or heard from again. Army soldiers, as well as Piper’s brother-in-law, searched for the man or his remains, but neither was found. Piper simply vanished.

Did Yellowstone help shape a U.S. President and an Oscar-winning actor? Yup. Gerald Ford worked as a Yellowstone park ranger in the summer of 1936. And Frank Cooper worked as a bus driver for a couple of summers before setting out for Hollywood, where he changed his first name to Gary and eventually won two Academy Awards for Best Actor.

For decades, strings of stagecoaches carried sightseers along the Grand Loop, keeping their carriages 100 yards apart to avoid both accidents and dust. On July 29, 1914, Edward B. Trafton pulled off one of Yellowstone’s biggest stagecoach robberies. He stopped 25 coaches, robbing 165 people, before a 26th coach turned around and headed to Old Faithful to alert authorities. Trafton made off with $1,000 in cash and jewels, but was later arrested. Yellowstone’s last stagecoach robbery took place in 1915. In 1917, after the park had begun allowing automobiles, stagecoaches were retired. However, they’ve made a comeback and today you can go Old West by booking a stagecoach ride from Roosevelt Lodge. 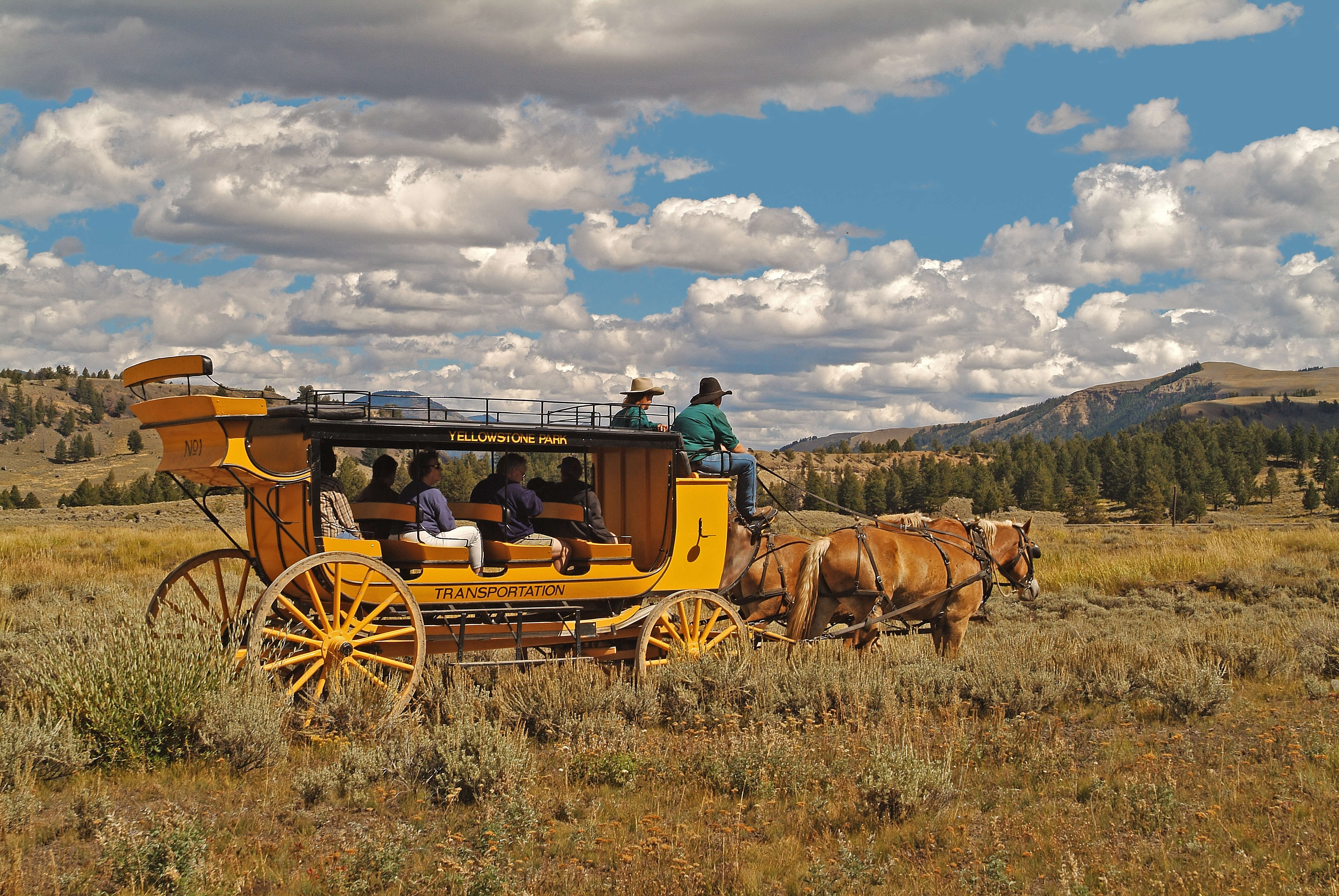 Water plays an important role in Yellowstone. The park boasts 17 rivers, about 300 waterfalls, more than 10,000 hydrothermal features, and nearly 500 geysers. Plus, wetlands cover more than 10% of its backcountry. In fact, water has shaped the landscape: Glaciers carved the valleys, rivers and falls chisel away rock, and water creates the geysers.

What’s in a Name

Yellowstone National Park is named after the Yellowstone River, the major river running through the park. The river first appeared on a French explorer’s map in 1796 as R. des Roches Jaune (River of Yellow Stones), which was a translation of Mi tse a-da-zi from the Minnetaree, a Siouan people who lived along the lower river when the first whites arrived.

An 11,000-year-old obsidian spear point found at the park’s north entrance in Gardiner, Mont., provides the earliest evidence of human occupation of the area. More than 1,800 Native American and European American archeological sites have been found in the park. 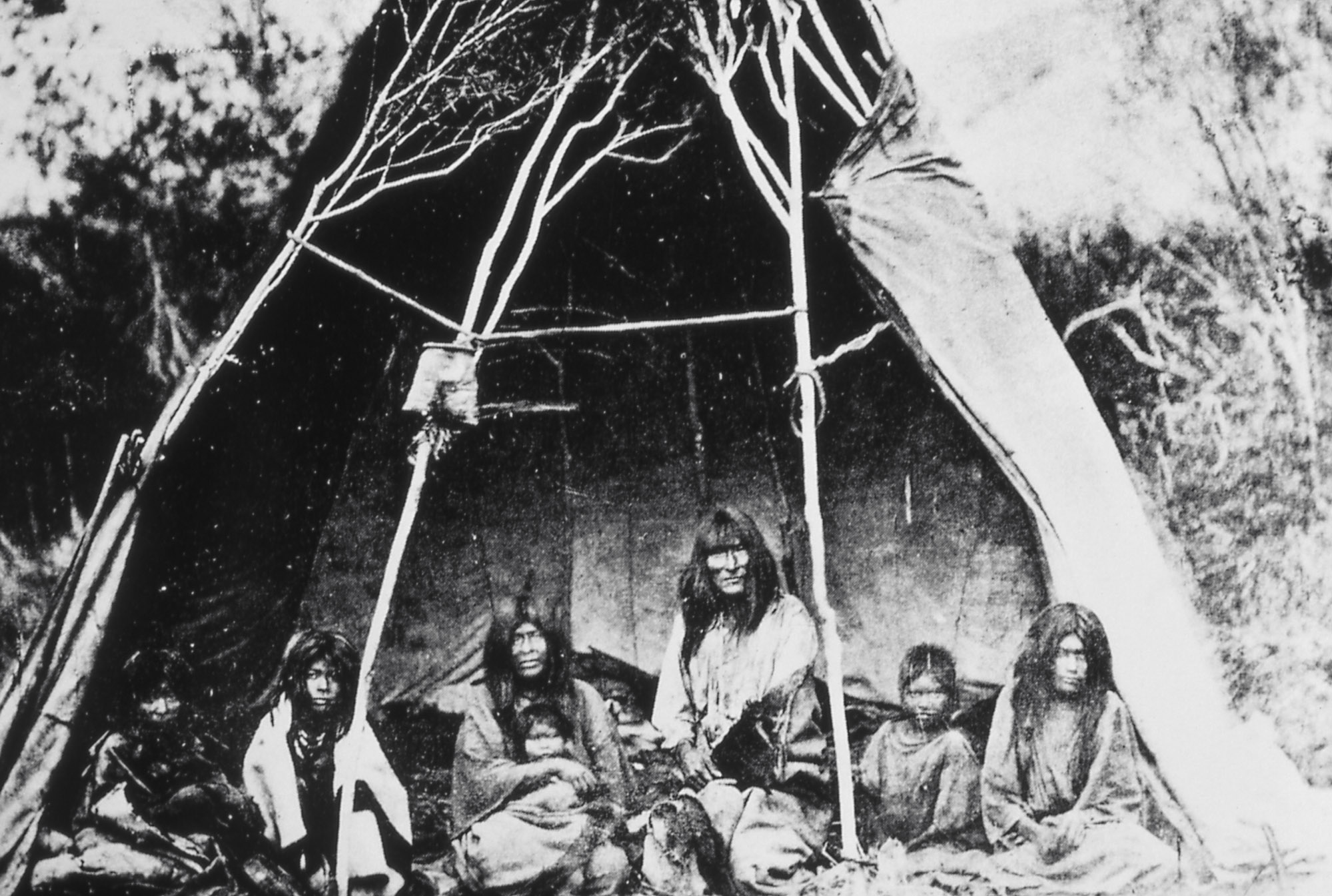 Every year on Aug. 25, guests and employees celebrate Christmas in August. The tradition dates back to the 1930s when park employees celebrated “Christmas in July” with homemade ornaments, visits from Santa, and a holiday feast. Today, guests are invited to trim the tree, join in caroling, and welcome St. Nick as a celebration of friendship, family, and community. 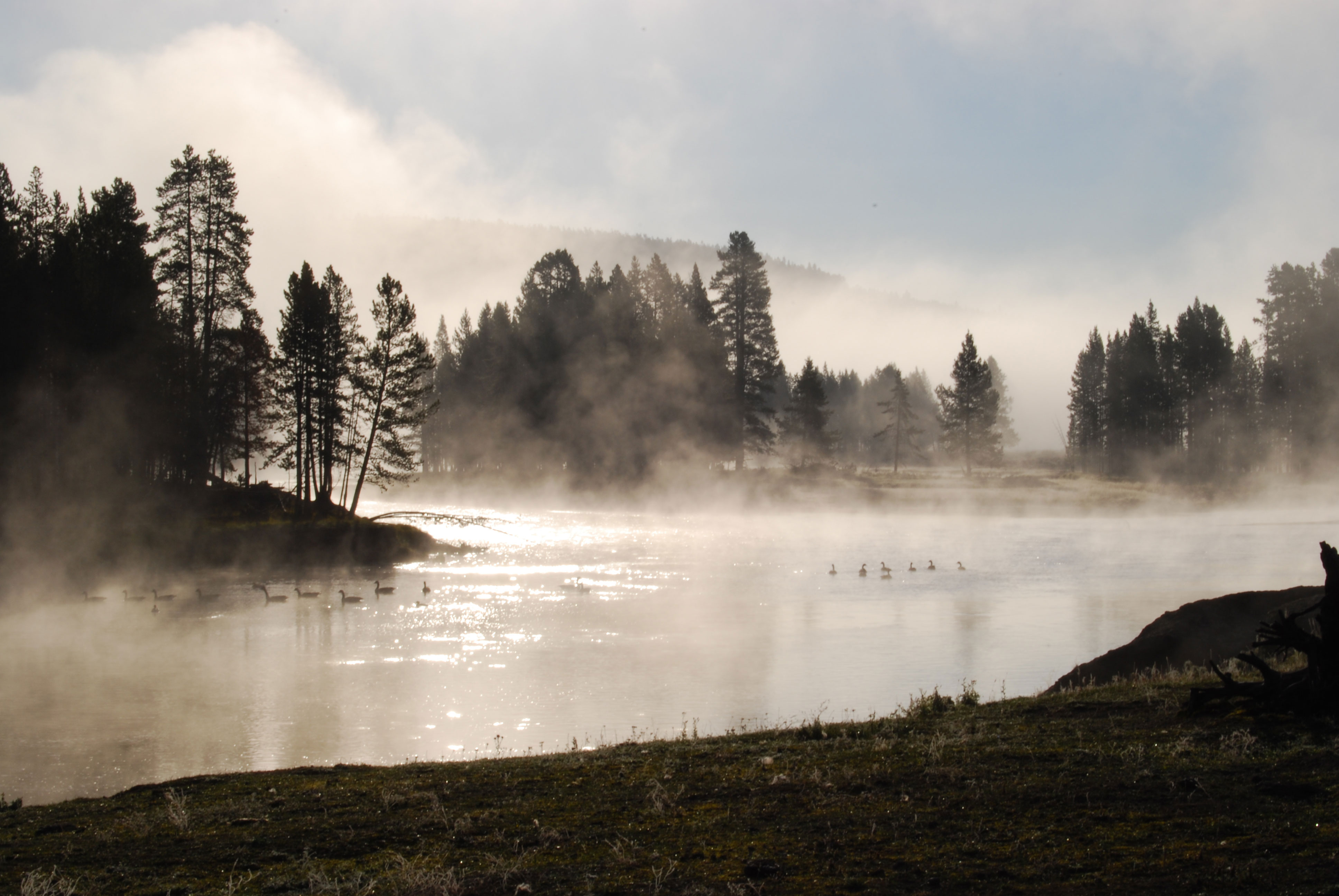 Birth of the National Park Ranger

The forefather of the modern-day park ranger came from Yellowstone. Harry Yount, a wrangler and frontiersman, became the park’s first gamekeeper in 1880 to help stop the illegal slaughter of animals. As one of the first white men known to live year-round in Yellowstone, he served as the model for what would eventually become a national park ranger and is credited with inspiring the creation of the ranger service. After his first winter alone, he pointed out that it was impossible for one man to patrol the park by himself and urged the formation of a ranger force. The National Park Service’s highest ranger honor, the Harry Yount National Park Ranger Award for excellence, was named for him.