If you’re a legitimate wildlife photographer anywhere in the world, you’ve spent time in Yellowstone National Park. If you’re Tom Murphy, you arrived in 1975 and never quite left. His iconic photos have captured the world, but it’s Yellowstone that claims his heart

“Where else can I get up in the morning and within an hour see grizzly bears, bison, wolves, just all these amazing things?” asks the Livingston, Montana, resident. He’s slept in the dirt and in the snow. He’s brought his students with Wilderness Photography Expeditions to the mountains and valleys in between. And all along the way, he’s taken photographs that have become a symbol of Yellowstone National Park.

Murphy officially moved to the Yellowstone area in 1978 and became the first person licensed to lead photography tours in Yellowstone Park. He has skied across the park three times and estimates he’s done about 45 overnight ski trips in the park, traveling over 2,000 miles on those trips. The miles have afforded a lot of stories, which Murphy is turning into a book on skiing. As a completely self-taught photographer, he says he has no regrets. He’s struggled through all the mistakes, and now, as a teacher, he understands the learning process. The result is a devoted following of students, and today Murphy travels the world, teaching and photographing from Alaska to Antarctica, Africa and New Zealand.

But the Yellowstone region is always home. “This is still my favorite place,” he says.

The Zen of Photography, According to Murphy

“My goal is to tell stories through still photography images,” says Murphy. It’s about understanding light and animal behavior. But it’s also about seeing.

“A successful photograph has to tell part of a story, of the photographer’s experience and their emotional response,” he explains. These stories, he says, are stronger if a photograph has the sense of being more three-dimensional. It’s a trademark of Murphy’s stunning work—the way a two-dimensional image creates an illusion of space, volume, and depth. “You want to walk into that photograph,” he says. “You want to create some kind of emotional response.” But Murphy is also cognizant of the deeper meaning of his work. “I really do want people to get connected to wild places,” he says. “If I can make a photograph … and make it something beautiful and people recognize it as beautiful, then they will recognize that as valuable. And therefore, if it’s valuable, it’s worth saving.”

For Murphy, Yellowstone is a place he’ll never stop coming back to because it’s so big, so varied, and because it’s wild. Murphy says, “I pretty much place myself as a victim of serendipity.” He prefers to go out and wander around. “Something is happening everywhere,” he opines. You don’t have to follow the crowds; he prefers to have a sense of discovery about the day. As he gets older, he says, he’s learning to see better.

For park visitors, he suggests, “Walk off, out of sight of the road, and sit down for a while, and you’ll get a much better sense of what Yellowstone really is.” Make Your Own Luck

“You make your own luck,” says Murphy. “And the more you know, the better your luck is going to be.” So that means, he says, you need to educate yourself.  Learn things like that the bison calve towards the end of April and the elk a month later at the end of May. Learn that the best time to find a grizzly bear is in April and May, but it’ll be better viewing if there’s a lot of snow up high and they’re coming down low to feed. Know the migration patterns of birds. “It’s necessary to have a good, long lens for wildlife” says Murphy. He suggests 400mm or more. When you have to keep at least 100 yards from bears and wolves, a 200mm lens doesn’t work. He also suggests having a pair of binoculars: they’re useful to anticipate a photo, watch light, and so on.

Tom Murphy is part of the Inspired by Yellowstone Artist Series, which brings local artists into the park to share their work and talk with visitors.

Jennifer White is a writer living in Paradise Valley, Montana. Her fiction and nonfiction have appeared in a variety of publications, from Women’s Adventure to Backcountry Journal, Narrative Magazine, and Conde Nast Traveler online. She has served as an artist-in-residence in Glacier National Park and enjoys calling the Yellowstone region home. 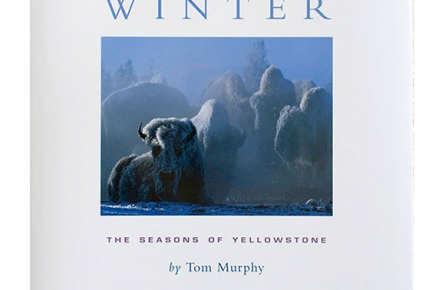 The Spirit of Winter Book by Tom Murphy 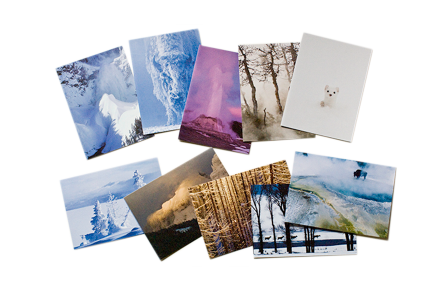 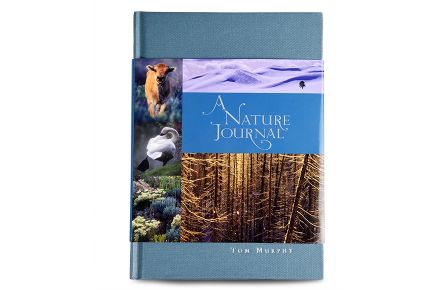 A Nature Journal by Tom Murphy