Bison, elk, bears, and wolves are among the stars at this oldest national park. Yellowstone National Park, along with harboring the world’s highest concentration of geysers, fumaroles, and other geothermal thermal features, offers spectacular wildlife viewing. Yellowstone National Park is home to more free-roaming wildlife than almost anywhere else in the Continental U.S. Almost 70 species of mammals and over 300 species of birds call Yellowstone home; everything from bears and beavers to songbirds and bald eagles can be found in the park’s meadows, valleys, and canyons or flying high in the sky and perched on tree tops. In Lamar Valley, among the most wildlife-rich areas of the park, you might spot bison, elk, black bears, grizzly bears, wolves, and other wildlife. It’s thrilling to see these wild creatures in their native habitat as they hunt, graze, mate, and roam the park.

But what you see in Lamar Valley as well as other areas of the park depends on the time of day, the season, your equipment and your expertise. Since animals are most active in the early morning and late afternoon, schedule your prime viewing for those times. To make the most of your wildlife watching, bring binoculars or a high-powered spotting scope. Also, consider going on a guided group or private wildlife watching tour. The experts, after all, know the latest sightings and how to locate even the hard-to-see animals.

Finally, keep a safe distance from all wildlife, which are unpredictable and can be dangerous. The National Park Service recommends not approaching bears or wolves on foot within 100 yards or other wildlife within 25 yards.

It should come as no surprise that Yellowstone is a dream destination for both professional and amateur photographers alike. With hundreds of wildlife photographs shared on social media daily, we thought we’d put together some of our summer favorites to give you an idea of what you can expect to see and photograph on your next visit to Yellowstone!

Where to spot Yellowstone’s star critters:

In May 2016, President Obama signed legislation naming the North American bison as America’s first national mammal. The bison is the largest land mammal in North America and one of the most prevalent species of mammals in Yellowstone. Yellowstone’s bison population fluctuates between 2,300 to 5,000 animals. There are two subpopulations of bison in the park, which are defined by where they gather for breeding. The northern herd breeds in the Lamar Valley and the high plateaus that surround the valley. The central herd breeds in Hayden Valley. For most of the year, mature male bison (bulls) live alone or with other bulls—except during the rut (mating season).

The rut begins in late July and goes through August. Bulls display their dominance by bellowing, wallowing, and fighting other bulls. As part of the ritual, big bulls grunt, paw the ground, and sometimes lock horns as they challenge each other for domination and the females. Once a bull has found a female who is close to estrus, he will stay by her side until she is ready to mate, then moves on to find another female. In winter, you might see icicle-laden bison warming themselves near the hot springs and thermal features in the Upper Geyser Basin. Yellowstone operates snow coach tours in winter through select areas of the park. 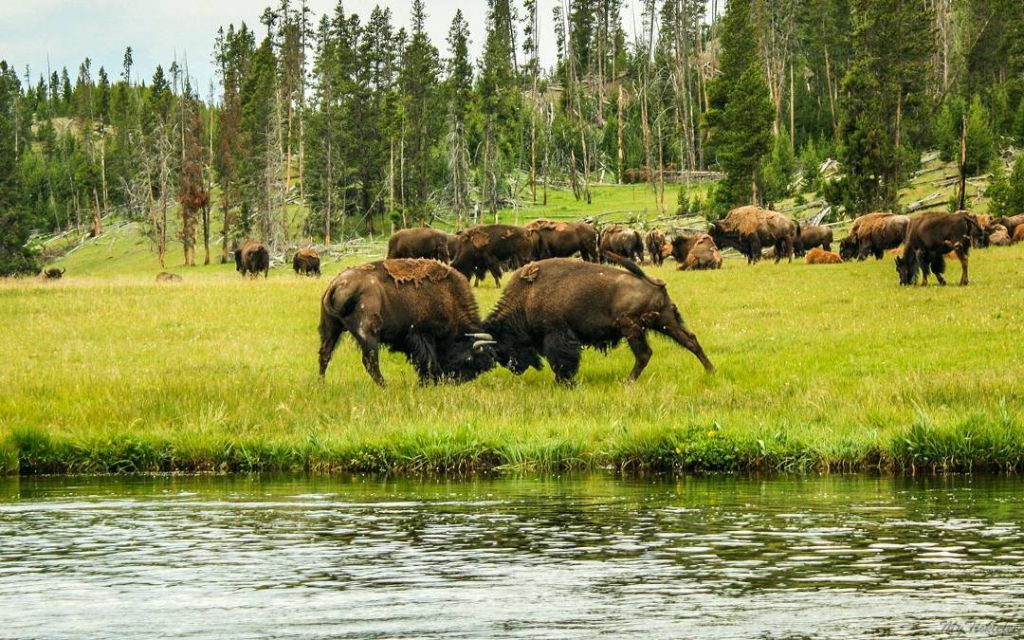 During the summer, elk can typically be spotted in the early morning grazing in Yellowstone’s Gibbon Meadows, Elk Park, and Lamar Valley. Although summer is a great time to see elk, the best time is during the rut, which can start any time between mid-August to the beginning of September and lasts about a month. The elk rut takes place in the northern range of Yellowstone in the Mammoth Hot Springs and Madison River areas.

Have you ever heard the bugle of the bull elk during the fall rut? It’s a thrilling, yet haunting experience that draws thousands of visitors to Yellowstone each fall. It’s an experience unlike any other in the park, with elk bugling ranging from low throaty sounds or a series of deep grunts to high pitch whistles. The elk rut starts in September and continues through mid-October. Even before coming upon the herd, you hear the males’ bugling, a sound that starts like a low grunt and escalates into a shrill whistle. Elk tend to congregate in Hayden Valley, Lamar Valley, and also in Mammoth Hot Springs.

Be aware that during this time, male elk can be highly aggressive and will charge cars and people. DO NOT approach on foot or in your vehicle. Keep a distance of at least 25 yards. 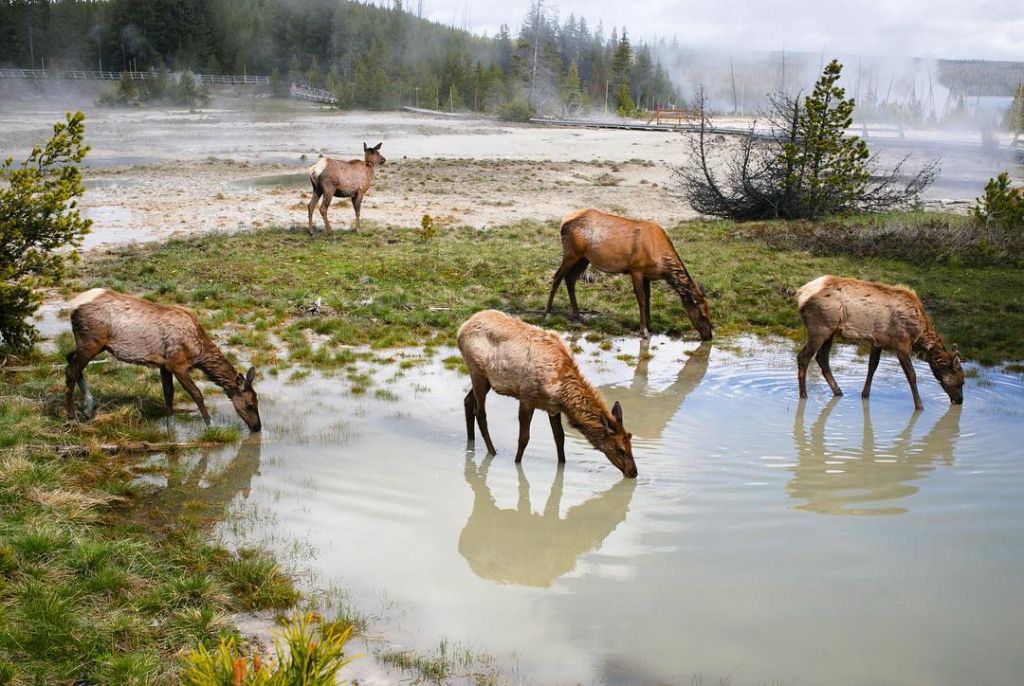 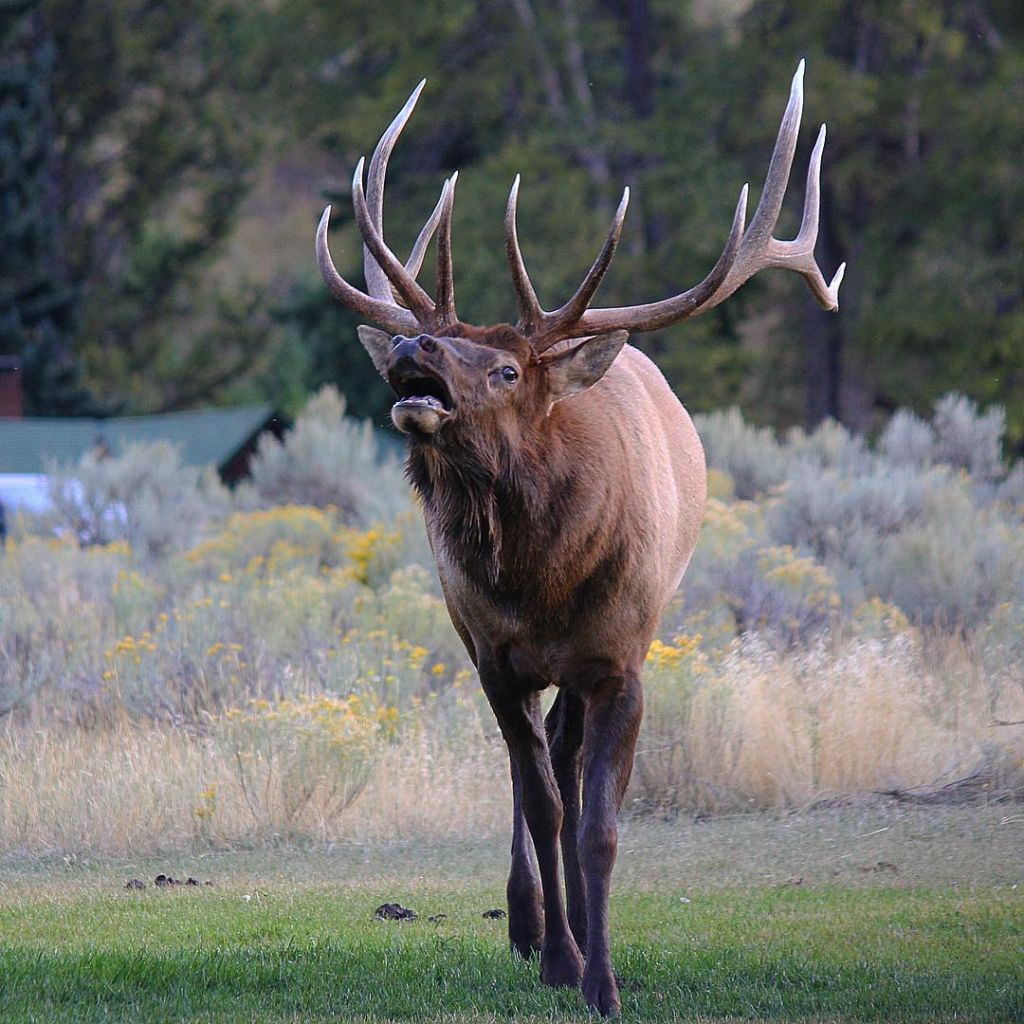 Yellowstone is home to two species of bears: grizzly bears and black bears. The grizzly bear is typically larger than the black bear and its behavior is much more aggressive. In mid-summer, grizzly bears are most commonly seen in the meadows between Tower–Roosevelt and Canyon, and in the Hayden and Lamar valleys. Learn about essential bear safety in Yellowstone, here.

Although black bears, like grizzlies, are most active at night and in the early morning, they might be spotted during the day in Lamar Valley and also near Tower Falls and the Roosevelt Lodge. Visitors report seeing grizzlies in the vicinity of Mount Washburn and between the Canyon and Fishing Bridge areas.

Although wolves roam the park, Lamar Valley offers the best sightings. When snow covers the meadows and hillsides, it’s easier to spot the wolves.

Osprey, herons, ducks, and other waterfowl can be found in and around Yellowstone Lake and park rivers. From late August through early October, look for hawks in Hayden Valley. It only seems fitting that America’s first national park is home to the country’s national symbol. Bald eagles reside in Yellowstone year-round and are often seen around Yellowstone Lake in the summer months, where they prey on fish and waterfowl. 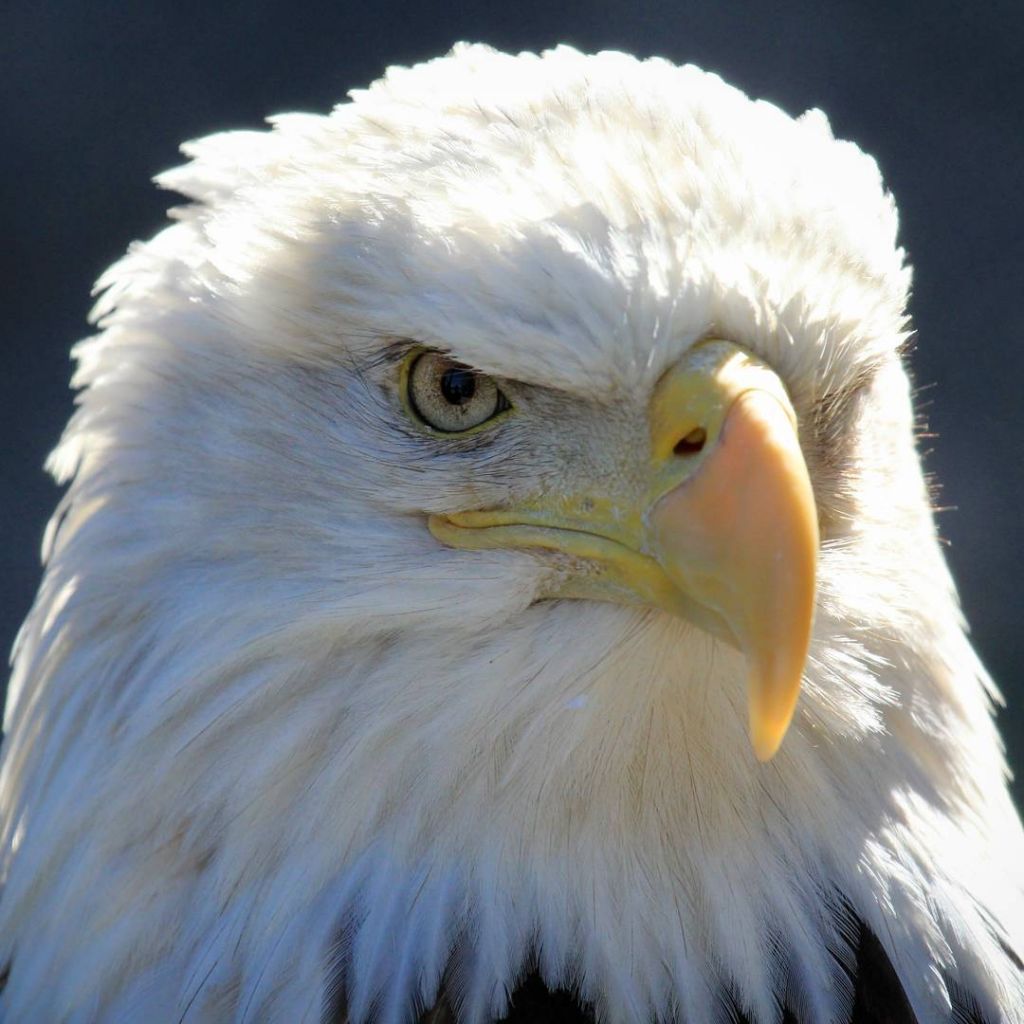 While visiting Yellowstone be sure to keep an eye out for some of the park’s smaller wildlife, like the beaver. The beaver is a keystone species in Yellowstone and helps to build important habitat structures through the damming and diverting of streams for other animals in the park.

Coyotes are abundant throughout Yellowstone and are a common predator in Greater Yellowstone, often seen traveling through the park’s open meadows and valleys. The average life span of a coyote is 6 years, however for those that inhabit the park, their average life span can be as long as 13 years. 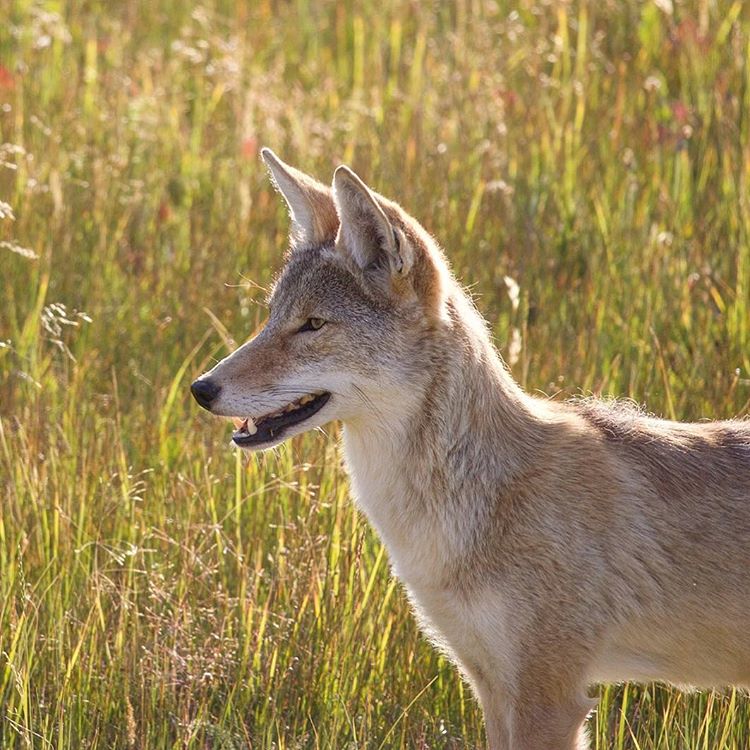 Check out our infographic guide to some of Yellowstone National Park’s most commonly spotted plants and animals.